The team at Phone Hire wish you all a healthy and prosperous 2022.

Phone Hire has the latest phones for both short and long term hire, whether that’s the latest iPhone 13 Pro Max for iPhone rentals or Samsung’s S21 hire. 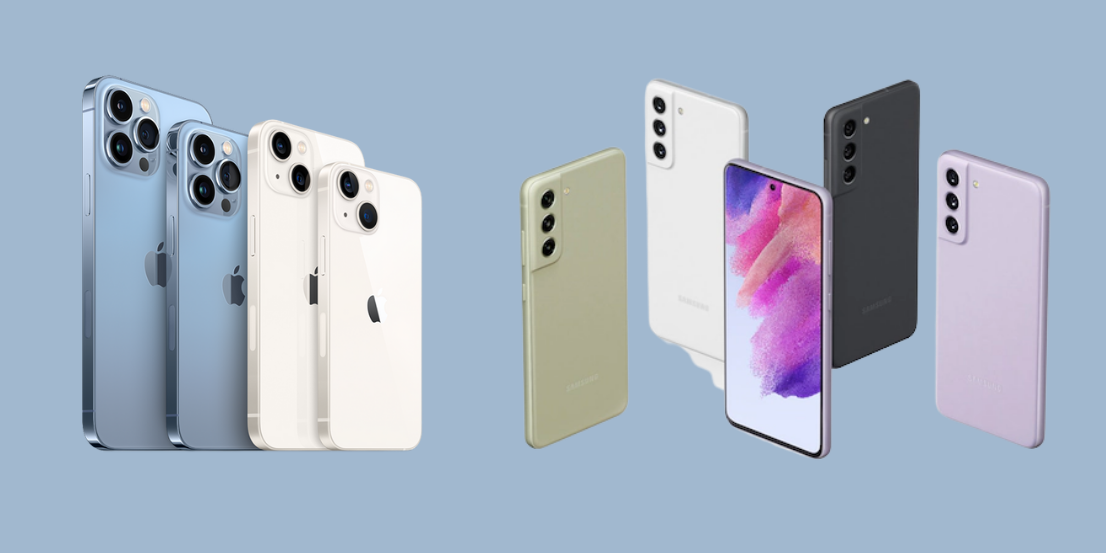 As we start a new year, it’s already time to look at product launches in 2022. As ever, the major phone developers will be launching new phone models this year and we are looking forward to Apple’s iPhone 14 which will be coming out around September.

Samsung will likely be the first out of the blocks as it is expected that Samsung will launch the Samsung Galaxy S22 phone on 8th February.

Phone Hire has provided rentals of Samsung’s Android phones for quite a few years now. Our first was the S5, before the S7 became the flagship Android phone for hire back in 2016. Since then Phone Hire has continued to lease Samsung phones to clients across the UK.

Phone Hire became a big fan of the Samsung Galaxy S10 in 2019 and more recently has provided S20 and S21 phone rentals, which have both proved extremely popular devices.

So what about the S22..? Well, we expect Samsung to announce the S22 early next month and for the S22 to be available from Phone Hire from the end of February/ start of March.

Phone Hire expects to see 3 different S22 models announced with an S22 Plus and a S22 Ultra included in the release. Certainly, there will be camera improvements and the S pen will also feature for users.

Other than that Samsung has kept pretty quiet so we will see over the next few weeks what is going to be included. It does appear the S22 range could be more expensive than previous phone releases. However, this could be due to the global chip shortage which is pushing up costs for so many hardware production companies.

Phone Hire will keep you updated with the latest S22 news, the release next month and when we will be able to offer S22 phone hire to our clients. In the meantime, if you have any phone rentals enquiries please call (0207) 6867345 or email the team: info@phone-hire.co.uk